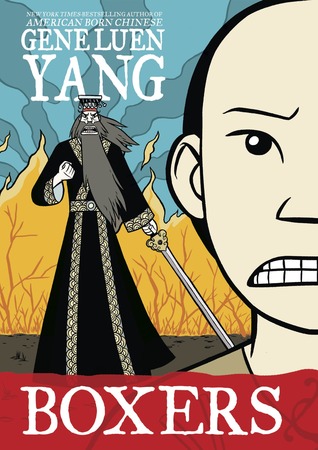 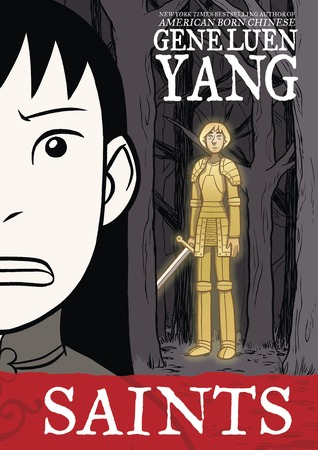 My Synopsis for Boxers:

-    Christians have come to China, and they are converting some of the people.

-    Bao sees the foreigners as evil, and he wants to protect China and it's people from them.

-    Bao learns Kung Fu, and then he masters a ritual that lets him change into a Chinese God. He teaches others this ritual and forms an army.

-    Bao's fighters follow a strict code, and they are determined to destroy every foreign devil and their followers.

My Synopsis for Saints:

-    The main character is a girl that doesn't have a name. Her family treats her poorly, and doesn't really want her around.

-    She discovers Christianity and is baptized, and at this time, she takes on the name Vibiana.

-    Vibiana is visited my Joan of Ark, and Joan helps Vibiana discover who she is and what she is meant to do.

-    Vibiana is determined to fight the army that is killing the Christians.

-    These books are the same story, but told from different perspectives. It was hard to know who was good and who was bad.

-    The endings are sad and depressing.

-    There is quite a bit of violence, especially in Boxers. It didn't really bug me, but there is a lot of brutal things.

-    There is also some talk about the female menstrual cycle. That was awkward, weird, and gross.

-    I felt sad for both Bao and Vibiana. They were both fighting for something they believed to be good, but nothing really good came out of their efforts.

-    I wonder how much of these stories are true. I know some Chinese had a hard time westernizing everything.
Posted by Kami at 6:00 AM