Last weekend was Comic Con! It was amazing! I've been going for several years now, and this was my favorite! It was so awesome!

Here are some of the highlights:
(I stole pictures from SLCC's Intsagram because they had better pictures than me.) 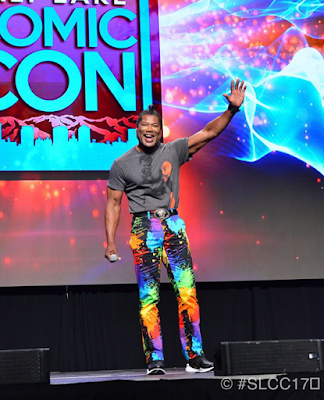 I'm a big Stargate fan, so it was a thrill to see Christopher Judge. His pants were crazy! He was so funny, and talked about a Stargate reboot. 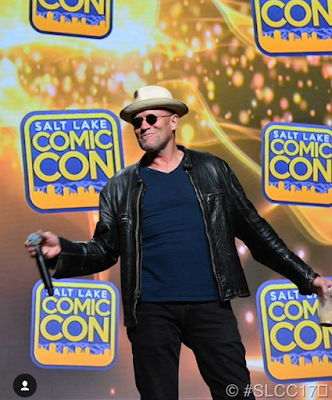 I think Michael Rooker was drunk, but he was hilarious! He had everyone in stitches with everything he said. He also gave us the famous Mary Poppins line several times. 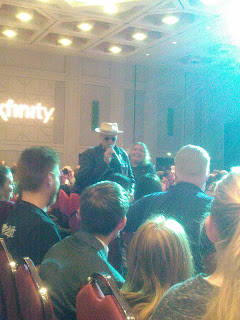 Rooker jumped down into the audience, and it was fun to see him interact with everyone. 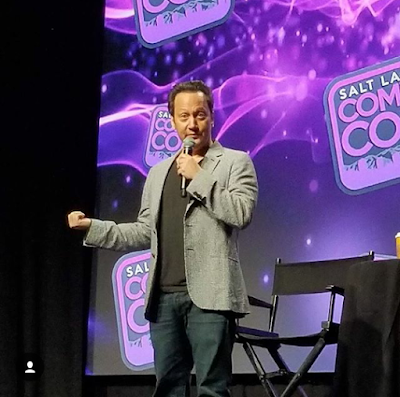 Rob Schneider was what I expected and so much more. I didn't realize he loved to tell stories, and his impersonations were spot on. He was able to do two panels, and they were both very enjoyable. I enjoyed his stories about Chris Farley, Sylvester Stallone, and Adam Sandler. 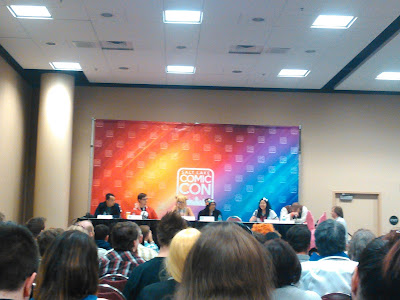 This was the Anime from the 90s panel. There is a Utah Author up there! It was fun to listen them to talk about old Anime shows I love. 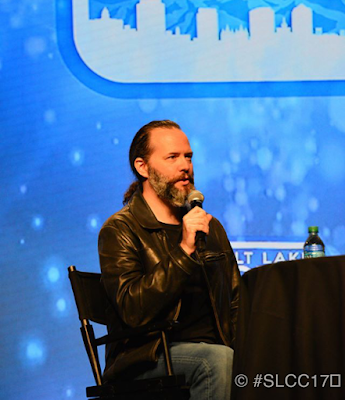 Christopher Daniel Barnes was so inspirational. His take on Little Mermaid and what it means to girls was so empowering. I loved his enthusiasm for his work. 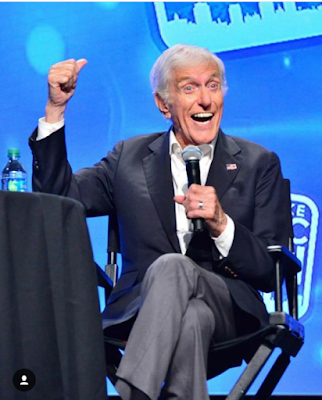 The highlight of the whole con was seeing the legendary Dick Van Dyke. His panel was cancelled, but on Friday morning they announced that it was back on! I danced on stage and even sang to us. It was so surreal to see him in person. Rob Schneider got in the question line and got to talk to Dick Van Dyke. It was pretty funny. 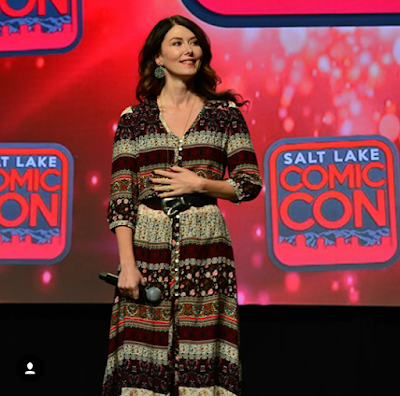 Jewel Staite, who I know from Stargate Atlantis and Firefly, was so lovely. She is a foodie! She talked a lot about food and her career. She isn't working as much because she wants to spend as much time as she can with her son, and I really admire that. She had a funny story about meeting Benedict Cumberbatch. 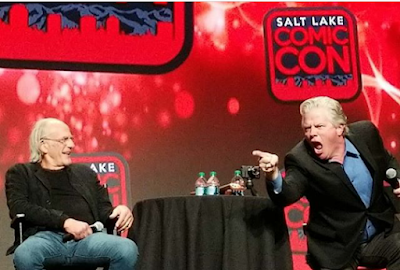 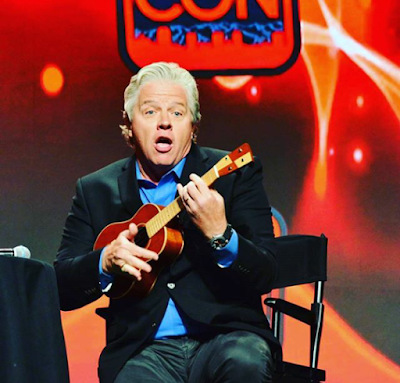 I've seen Christopher Lloyd before, and it was a pleasure to see him again, but Tom Wilson really stole the show. He sang a couple songs and was just hilarious! He has so much energy and command of the stage. It was great! 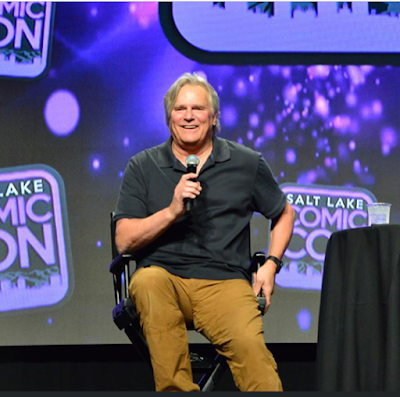 Richard Dean Anderson is a lot like Jack O'Neill. Wow! He mostly talked about Macgyver, but he said his favorite scenes with Amanda Tapping were the make out moments. 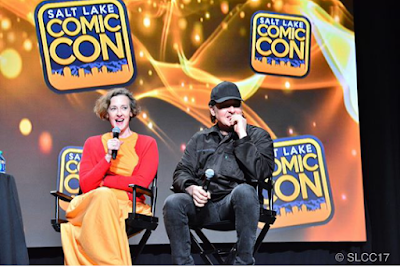 Seeing John and Joan Cusack was awesome! They talked about various roles. Joan said that Jack Black is actually a quiet person. John said his favorite moment in Better of Dead is when he is the garbage truck and someone says, "It's a shame to throw out a perfectly good white boy like that." 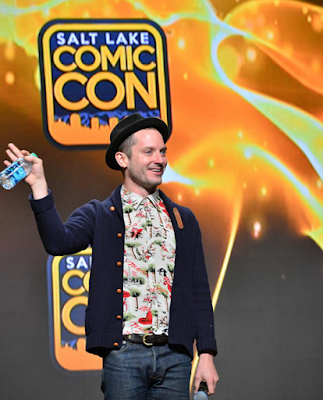 Elijah Wood said he never gets tired of talking about the Lord of the Rings movies. It was a once in a lifetime experience, and there is a lot to discuss. He would love to have a role in a Star Wars movie. That is his dream. 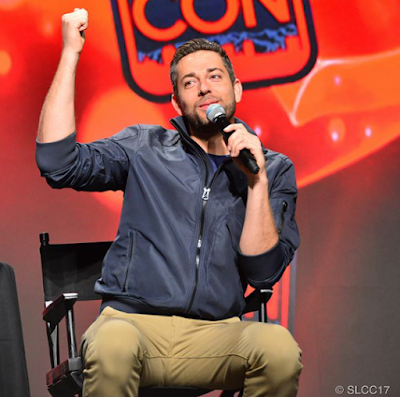 Zachary Levi was so charming and cute! He is funny and so gracious to his fans. What a great guy. 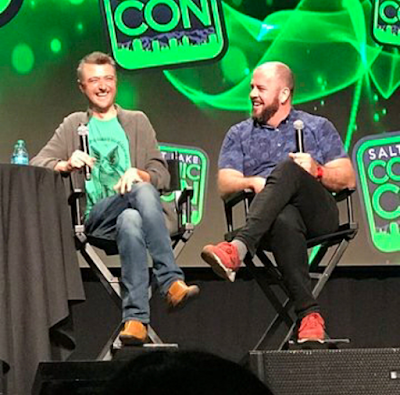 Sean Gunn and Chris Sullivan were fun. Sean couldn't say anything about the Infinity War movie, but he is in it. Chris couldn't talk about This is Us, but he thinks Maguel murdered Jack to steal his wife. Ha! They talked about Taser Face and how that character came to be and stuff. It was a great panel. 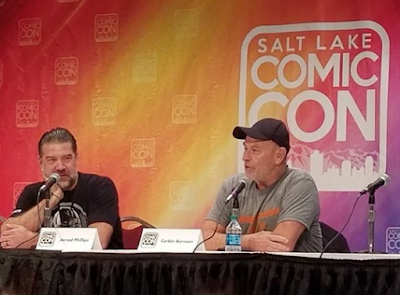 PSYCH!!! Corbin Bernsen was awesome! He is more like Henry Spencer than I thought he would be. He is excited for the Psych movie to come out. 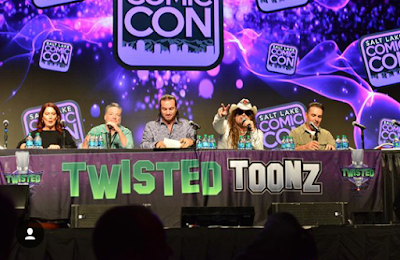 Twisted Toonz is always one of my favorite panels. It was a thrill to hear Invader Zim! 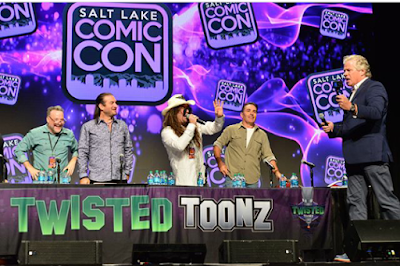 They read the Back to the Future script, and when the first scene with Bif cam up, Tom Wilson came on stage and roasted all the voice actors. It was hilarious! Oh man! It was one of the best moments at the con. 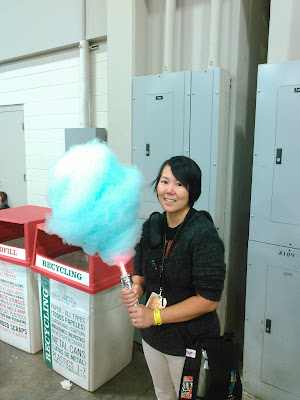 I bought a giant light saber cotton candy. My brother and I couldn't finish it, but I wanted the light saber. 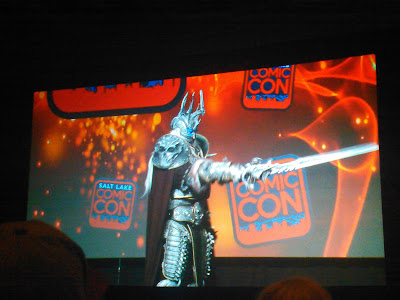 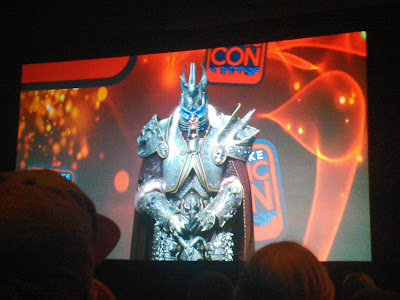 The cosplay contest was a lot of fun, and The Lich King won best in show! He deserved it! It was incredible. The guy's suit was about 10 feet tall, and every detail was perfect. I will never get over this cosplay. No other cosplay will ever live up to The Lich King.

I also saw Will Weaton and Gate McFadden, but we weren't allowed to take pictures of them. I'm not a trekky, but my bro wanted to see them. They were actually pretty funny.

I also got to see Jodi Bensen. She was so fun and charming. She sang Part of Your World for us, and it was so magical!

I loved this con so much! It is a memorable one for sure.
Posted by Kami at 1:57 PM