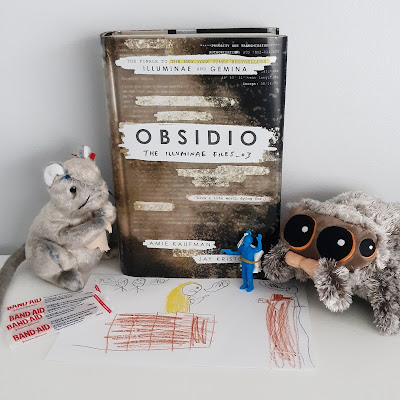 From Goodreads:    Kady, Ezra, Hanna, and Nik narrowly escaped with their lives from the attacks on Heimdall station and now find themselves crammed with 2,000 refugees on the container ship, Mao. With the jump station destroyed and their resources scarce, the only option is to return to Kerenza—but who knows what they'll find seven months after the invasion? Meanwhile, Kady's cousin, Asha, survived the initial BeiTech assault and has joined Kerenza's ragtag underground resistance. When Rhys—an old flame from Asha's past—reappears on Kerenza, the two find themselves on opposite sides of the conflict. With time running out, a final battle will be waged on land and in space, heroes will fall, and hearts will be broken.

-    I loved this trilogy! This was a great ending to the story.

-    The story was so gripping, and I couldn't wait to get to the end, but then I was so sad when it was over.

-    I'm not quite sure what to think of AIDAN. His character was so thought-provoking. I loved how poetic he was, and how he was so human, but not. His choices were scary, but were they the right decisions? It is hard!

-    I loved the rest of the characters as well. I love that they stood up and fought against something so huge! I don't know if I could take on a big cooperation like that. They never gave up though. Although they were young, they wanted their voices and their story told, I loved that!

-    I know I keep saying this, but I can't get over it. These books are works of art! I love the format! 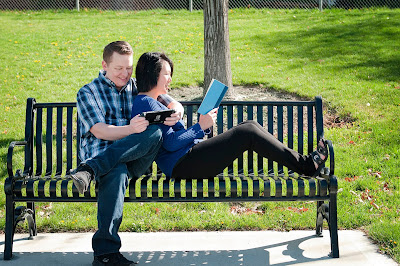 I am so grateful for my husband.

He supports me in everything I want to do, which often includes me ditching him in the evenings to babysit our daughters while I go out.

He is always willing to serve. I often ask him to get me snacks or a drink, and he never complains.

He is a very patient and loving father to our girls, I'm glad our girls will grow up with a good man in their lives, and they can see how women should be treated.

I love that we have shared hobbies and interests.

At times, our relationship has been tumultuous, and I thought we weren't going to make it, but I'm grateful and glad that we persevered. We are in a wonderful place in our marriage, and I'm looking forward to the future.

Happy Birthday Dave!
Posted by Kami at 9:36 AM 1 comment:

Daughter of the Pirate King 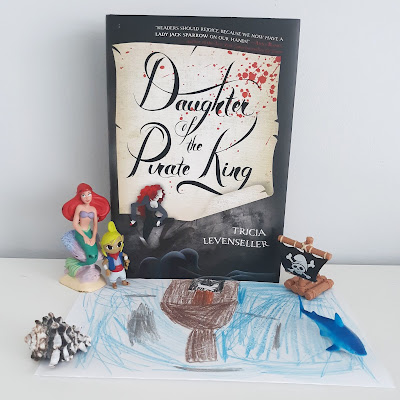 Goodreads Synopsis:   There will be plenty of time for me to beat him soundly once I’ve gotten what I came for.

Sent on a mission to retrieve an ancient hidden map—the key to a legendary treasure trove—seventeen-year-old pirate captain Alosa deliberately allows herself to be captured by her enemies, giving her the perfect opportunity to search their ship.

More than a match for the ruthless pirate crew, Alosa has only one thing standing between her and the map: her captor, the unexpectedly clever and unfairly attractive first mate, Riden. But not to worry, for Alosa has a few tricks up her sleeve, and no lone pirate can stop the Daughter of the Pirate King.

-    I was so excited to read this book. I wanted a fun swashbuckling adventure. Instead, I got a frustrating flirting story.

-    The first chapter was brilliant. It introduced Alosa in the perfect way, and I really like Alosa's snarky and confident personality. I like Riden as well. I just wish their flirting hadn't been front and center to the story.

-    The ending had a little more action, and it was more enjoyable for me.

-    I'm hoping the second book is more of a pirate adventure than a romance.
Posted by Kami at 9:47 AM 1 comment:

I'm getting my reading mojo back! I had a great reading month. I found myself reaching for a book rather than my knitting a lot of days. I also went on a puzzle craze this week, and I listened to a couple of audiobooks while puzzling it up. With summer reading just around the corner, I hope my numbers will increase even more.

7 of the books I read last month were from my nightstand! Booyah!!