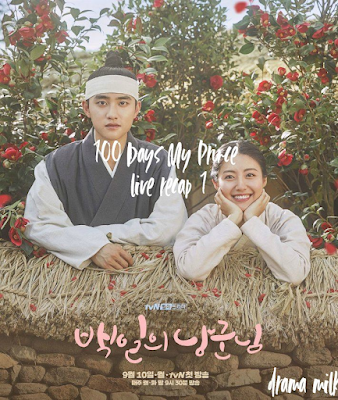 My Thoughts:
-    Despite being Korean, I have been resistant to watching K-dramas. The ones I've been exposed to in the past were silly and over the top. My friend, Suey, is WAY into them, and she reviewed 100 Days My Prince on her blog. It looked interesting, so I gave it a shot.
-    I was completely and utterly hooked from the beginning! This show is SO good! I loved every moment!
-    The crown prince is a very unhappy fellow, for reasons I can't tell you because of spoilers. He isn't having bedroom relations with is wife, and everyone is blaming him for the drought. He decides to make all the bachelors and spinsters get married so they can balance the yin and yang with baby making instead of him. Well, the crown princess is pregnant (gasp), and it ruining her father's evil plans, so they decide to kill the crown prince. During the incident, he does not die. Instead, he is wounded and gets amnesia. This is where the real fun begins. Hong-Sim does not want to get married, so to avoid getting beat to death, she "marries" this guy with amnesia that her dad found. The prince has no idea who he is, but he still has all his princely mannerisms and tastes. It is hilarious, trust me. All the while, there is all this back story and intrigue. The characters are all connected in intricate ways. It is AMAZING!
-    I cannot gush about this show enough. It is my new favorite thing. I went through so many emotions while watching: I had so much nostalgia, I laughed out loud, I cried, I was on the edge of my seat. This show has everything.
-    ALL THE KOREAN STUFF!!!
-    My mom binged this in a few days, and she is watching another K-drama that is supposedly really good, and she wants me to watch it too. I might be hooked on K-dramas. We'll see. Suey is beyond excited.
-    p.s. I may have developed a little crush on one of the actors. His smile is so darn adorable! (sigh) 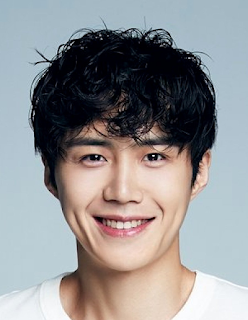