Deep Dark Fears and The Creeps 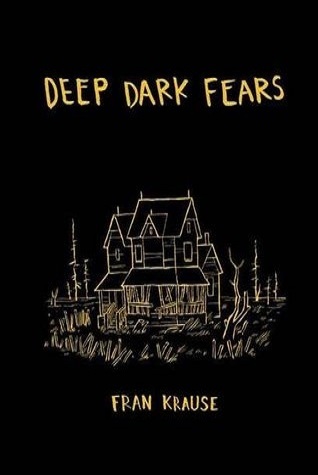 Goodreads Synopsis:    A charmingly creepy collection of 100 illustrated comics based on idiosyncratic and universal "deep dark fears."
We all have weird fears, from getting sliced to ribbons in subway station revolving gate to getting turned around by the wind while swimming and going too far out to sea. Based on the wildly popular eponymous Tumblr, Deep Dark Fears explores our odd, creepy, and hilariously singular fears. Animator, illustrator, and cartoonist Fran Krause brings these fears to life in vividly illustrated comics based on real fears submitted by readers (plus a few of his own). These "deep dark fears" run the gamut from unlikely but plausible to completely ridiculous, highlighting both our deeply human similarities and our peculiar uniquenesses. 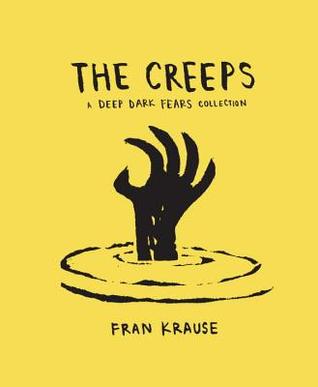 From Goodreads:    Illustrator, animator, teacher, and comic artist Fran Krause has touched a collective nerve with his wildly popular web comic series–and subsequent New York Times best-selling book–Deep Dark Fears. Here he brings readers more of the creepy, funny, and idiosyncratic fears they love illustrated in comic form-–such as the fear that your pets will tell other animals all your embarrassing secrets, or that someone uses your house while you’re not home-–as well as two longer comic short-stories about ghosts.

-    Both books are full of irrational fears people sent to the author.