It was a very fitting Memorial Day weekend for me. My sweet Uncle Ivan died, and we had his funeral on Saturday. He was a veteran, and they gave him a military send off. It was very special to the family, and amazing to witness.

My Uncle did a lot in his life. Mostly he was remembered for his service in the military and his service to scouts. 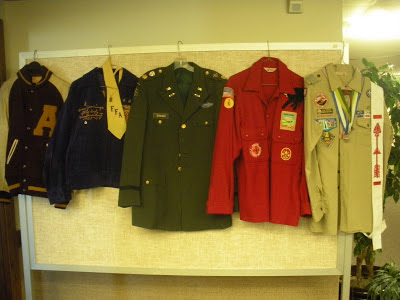 Here are his medals. 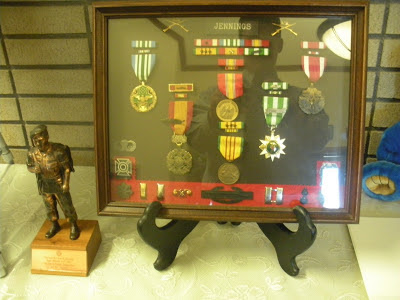 He was buried in a military cemetery. It was so humbling and awesome to see all those graves with flags for Memorial Day. 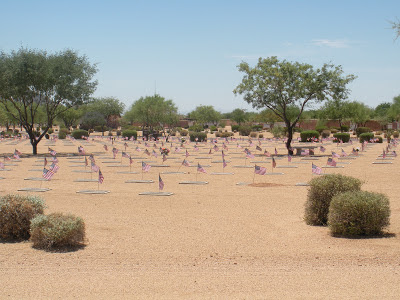 Here is his coffin with the flag draped over it. 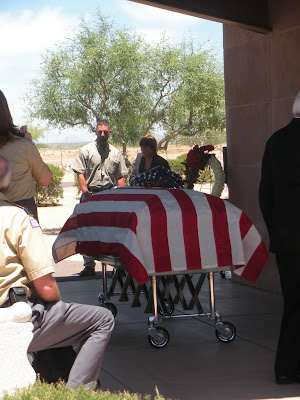 A soldier saluting while they played taps and shot the guns. 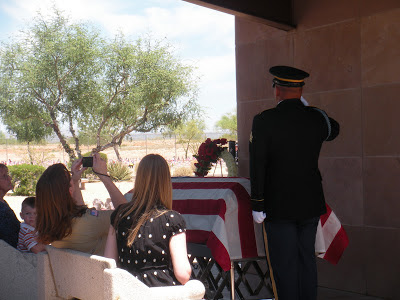 Folding of the flag. 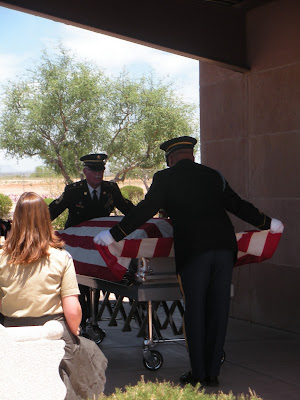 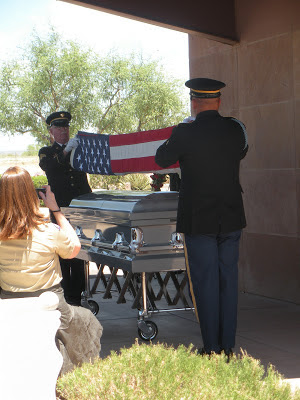 Presenting the flag to my Aunt Loretta. 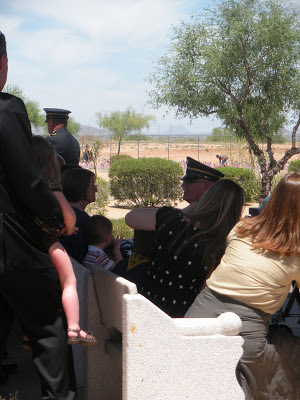 Each of their children were presented with a flag as well. 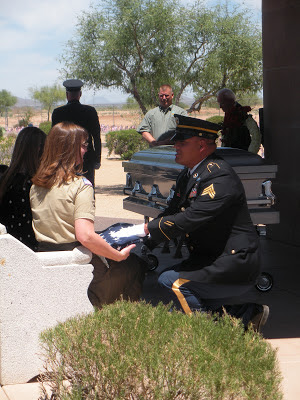 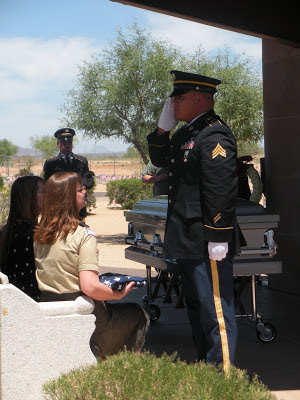 This was my Uncle's oldest brother. He consecrated the grave. 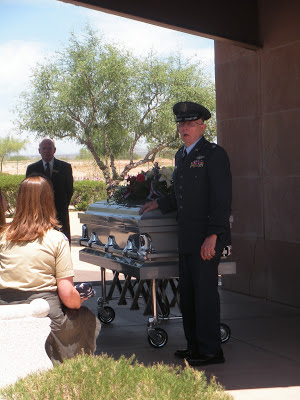 Between losing one of my favorite people and witnessing all the patriotic stuff, I was a mess. I cried a ton! It was a day I will not forget.

Happy Memorial Day!
Thanks to all the veterans and for all they've done for me and my country!
Posted by Kami at 9:11 AM