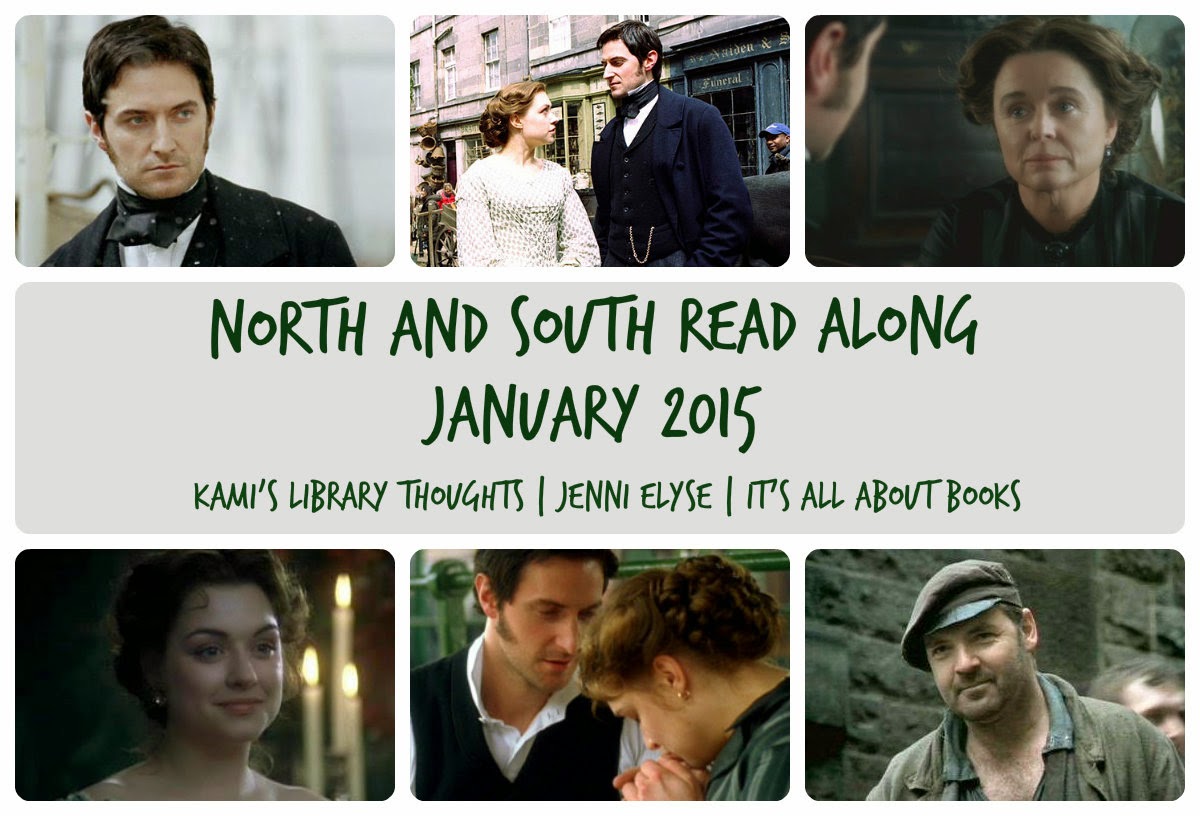 1.    Have your feelings changed towards Mr. Thornton during this section of the book?
Nope! Still swooning hard!

2.    Have your feelings towards Margaret changed? Not really, I think my perspective of all the characters comes from the BBC mini series, and I like them all.

3.    What do you think about the riot and how Margaret and Mr. Thornton reacted?  I thought Margaret was very bold to ridicule Thornton and tell him to go out there. I thought she was brave for going out there herself to try to calm the people. I LOVED Mr. Thornton's reaction to Margaret getting hit. It was one of the best moments in the book.

4.    Do you think Boucher's anger and actions were justified?  I can't blame the guy for being concerned and scared. I think his overwhelming emotions came out in anger. I don't think joining the riot was the right thing to do, but I feel bad for him and his starving children.
5.    Did Bess's or Mrs. Hale's deaths effect you in any way?  I felt really bad for Mr. Higgins and Mary. They obviously loved Bess very much. I think Bess's death effected me more than Mrs. Hale's. I think the book prepares the reader for Mrs. Hale's death.

6.    Were you surprised to learn that it wasn't common for women to attend funerals? What are your feelings on that tidbit? I thought it was pretty weird. I didn't even know it was an issue. They didn't go because they didn't want to show emotion? That is strange to me. It is okay to mourn.

7.    Now that we've met Frederick, do you like him? Are you sympathetic to his predicament?  I like Frederick. His story intrigues me for some reason. He needs his own book. I want to know more about him, the mutiny, Dolores, and his life in Cadiz. He seems like a nice fellow.

8.    What are your feelings on Mr. Thornton's proposal?

If Margaret won't marry him, then I will!

I thought it was a hasty proposal. He didn't even take time to court the girl. He didn't really know how she felt. He speculated about her feelings a lot, especially after the riot incident.

I also think Margaret is SO BLIND! How can she not notice his watchful gaze and kind acts of service?

9.    If you were in Mr. Thornton's place, having seen the person you love with a stranger late at night, then finding out that person was questioned by the police and lied, would you do the same thing Mr. Thornton did? Would you protect that person even though you think they have done questionable things? I would be angry. I don't know if I would help that person. I'd have to love them an awful lot, but then I'd feel a bit betrayed. I don't know.

10.  Do you think Margaret's feelings towards Mr. Thornton have changed? Why? I think she is warming up. I like how last night someone mentioned losing Bess and her mother humbled Margaret and bit, and she is more open or sensitive to Mr. Thornton's actions. I like seeing her opinions change. I think she noticing him a lot more.
Posted by Kami at 9:54 AM