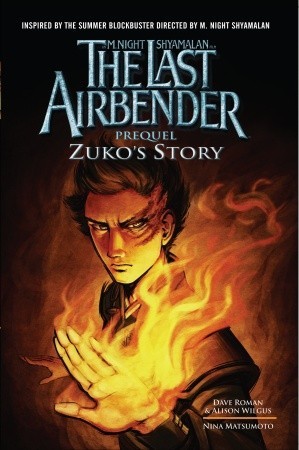 Goodreads Synopsis:    THE SON WILL RISE
Prince Zuko is banished from the Fire Nation by his own father, Fire Lord Ozai. Horribly scarred and stripped of everything he holds dear, Zuko wanders the earth for almost three years in search of his only chance at redemption: the Avatar, a mystical being who once kept the four nations in balance. All around him, people whisper that this is an impossible task—the Avatar, after all, disappeared a century ago—but Zuko defiantly continues the search. His quest is all he has left.

-    I don't understand why they changed Zuko's uncle. He looks different. It bugged me.

-    I was hoping for a bit more from this. I already knew a lot of the stuff in this book. I wanted to shed some more light on other things.

-    I really like Zuko's inner struggle. He is such a complicated character, and he is one of my favorites.

-    This really wasn't a must read for Airbender fans. I could have passed this up.
Posted by Kami at 6:00 AM