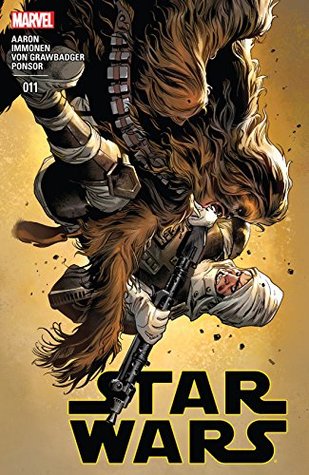 -    The gamemaster intrigues me. There is a lot more to him.

-    Lots of action in this issue. The fight between Chewy and the bounty hunter got my blood pounding!

-    The last 3 panels are SO epic! One of the best moments in the series.

-    The art never ceases to amaze me. I love the artist for these. 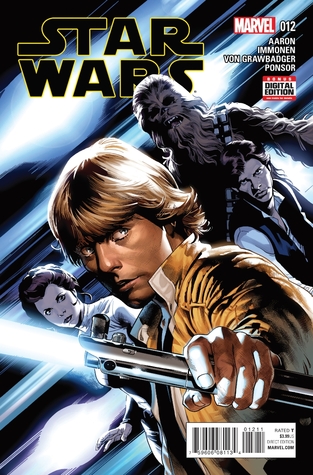 From Goodreads:    It is a period of renewed hope for the Rebellion. On his quest to learn the ways of the Jedi, Luke
Skywalker has been taken prisoner on the infamous moon Nar Shaddaa by Jedi artifact collector GRAKKUS THE HUTT.Forced into a fight to the death with Kongo the Disemboweler, Luke is struggling to survive. Unbeknownst to Grakkus, his Gamester has sold him out to the Empire. Meanwhile, Princess Leia, Han Solo, and Sana, the woman claiming to be Han's wife, are traveling to Nar Shaddaa in response to the distress call about Luke from the rebel fleet.Chewbacca and C-3PO, having arrived on the Smuggler's Moon first, encounter a bounty hunter named Dengar who plans to use Chewie as bait. Han arrives just in time to fight to reclaim his friend and continue the search for Luke....

-    The way Chewy took care of Dengar was so awesome! Never piss off a Wookie!

-    I love the environment in these comics. Not only do the characters look amazing, but the settings do too.

-    OMG! Leia, Han, and Chewy are wielding lightsabers!!! I can't even express how awesome this is! I'm geekin' out! 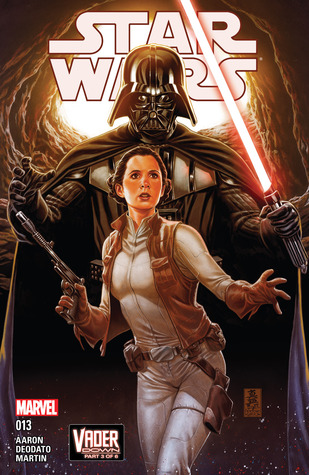 From Goodreads:    Bringing together the smash-hit Star Wars and Darth Vader series! Leia comes face to face with true evil!

-    The series gets a little weird and jumps around because this is Issue #3 of Vader Down.

-    I LOVE the Beetee and Artoo standoff!

-    Triple-Zero's dialogue cracks me up!

-    I really enjoyed seeing Aphra and Han go head to head, but a head bonk? Really?

-    This is getting confusing. I'm cheering for the bad guys and the good guys simultaneously as they fight and rip each other apart. 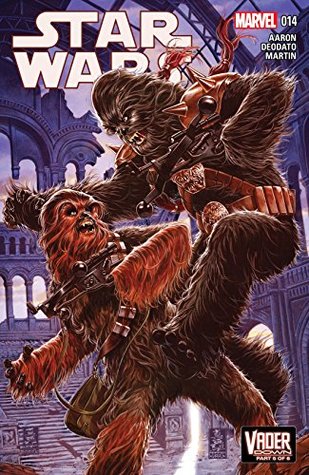 -    There are a lot of different battles going on in this issue. Love it!

-    The face Luke makes when he gets with with the butt of the gun is HILARIOUS!! I can't stop laughing!

-    What is up with Leia!? First she is all kamikaze, and now she wants to take out Vader all by herself!? She is nuts! Kudos on her take charge gutsiness though. 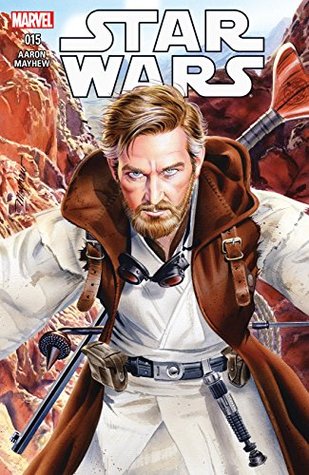 From Goodreads:    FROM THE JOURNALS OF OBI-WAN KENOBI. Another tale of Obi-Wan's exile on Tatooine! Owen Lars took Luke in...but he refused to let Ben be part of his life. Why? What trouble could have been stirred up by Ben protecting Luke?

-    Hooray for another Ben Kenobi issue! He should really get his own series.

-    I love how adolescent Luke is portrayed! Ha!

-    Love the artwork! I especially love the illustrations of Obi-Wan fighting off the sand people.